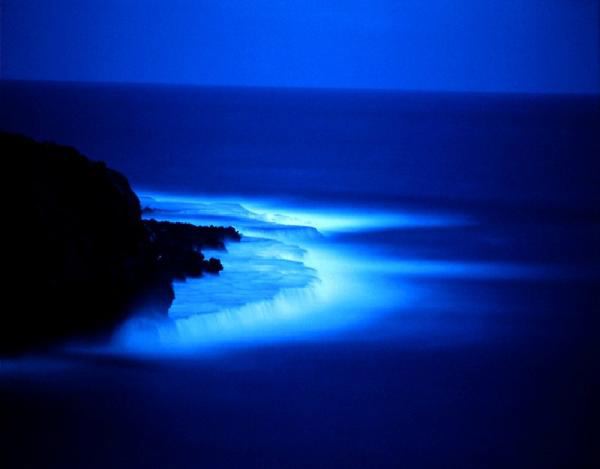 “Finally when my fibroid grew to the size of a twelve-week pregnancy, I asked my uterus to tell me what was happening.  I heard these words: ‘I want to be pregnant, I want to carry a child.’ I’ve never had a child, nor really wanted one, but I could recognize that my womb did want it.  The more I welcomed my ‘child’ the more my fibroid shrank.  It’s still there, and still noticeable, but it feels less threatening, definitely easier to live with

Uterine fibroids, also called fibroid tumors, myomas, or leiomyomas, are solid muscle tissue growths in the uterus.  They occur so frequently (in up to half of all women over forty) that they could be considered a normal irregularity.  The causes of uterine fibroids are unknown, but it seems likely that estradiol (the strong estrogen made during the fertile years) promotes their growth.

Caroline Myss teaches that fibroid tumor represent our creativity that was never birthed, including “fantasy” images of ourselves that have never seen the light of day and creative secrets of our other “selves.”  Fibroids also result when we are flowing life energy into dead ends, such as jobs or relationships that we have outgrown.  Women with fibroids should meditate on their relationships with other people and how they express their creativity.  Fibroids are often associated with conflicts about creativity, reproductions and relationships.  See your fibroid as anger that your creative energy has been blocked.

Uterine fibroids may respond to high estrogen levels during the menopausal years and cause aggravating symptoms including pelvic heaviness, low back pain, pain with vaginal penetration, incontinence, bowel difficulties, and hemorrhaging.  Women of color are three to nine times more likely to have fibroids than white women, and theirs will grow more quickly.

Occasionally a fibroid will become as large as a grapefruit or a cantaloupe but the majority (80%) remain as small as a walnut.  If you have no symptoms, but are told during a routine pelvic exam that you have fibroids, don’t worry.  You don’t have cancer.

Small fibroids rarely cause symptoms and often disappear spontaneously, so they need cause you no concern.  Large fibroids can exert pressure on the bladder, bowels and sensitive pelvic nerves, causing a variety of symptoms including dull pelvic pain, bloating, frequent urination, constipation, infertility and severe menstrual pain and flooding.  While large fibroids are more difficult to resolve than small ones, many women have shrunk theirs without resorting to hysterectomy, the standard treatment for most menopausal women in the USA.  Uterine fibroids usually disappear after menopause, unless you take hormones.

Some women with fibroids have extremely heavy periods, resulting in anemia, fatigue and even an inability to leave the house during the heaviest days.  If the fibroids are growing quickly, if a woman’s hormones are in flux (common during menopause), or if she’s been under a great deal of stress, she can develop hemorrhaging from the fibroid.  I recommend Nettle herb tea to add more iron to your diet.

Fibroid Degeneration
A fibroid may degenerate following its rapid growth. This can happen during a particularly stressful or emotionally demanding time, during pregnancy, or during the year or so before menopause.  Fibroid degeneration occurs when the fibroid outgrows its blood supply.  When this happens, the center of the fibroid is deprived of oxygen from the blood, and the nerves deep inside this tissue register a lack of oxygen as pain.  The pain can be a nuisance, but the condition is not usually dangerous.  The degeneration usually causes a shrinkage in the size of the fibroid and the fibroid may even disappear.

Fibroids often shrink dramatically once a woman reaches menopause.  Women with fibroids frequently experience symptoms only when they are in their mid-to late forties, the age when hysterectomy is most often performed.  A hysterectomy can be avoided by keeping the fibroids manageable until they naturally shrink during menopause. Dietary changes, castor oil packs and stress reduction will all assist.

\     Reiki treatments have been helpful to some women with large fibroids.  Click Sessions for more info and read the Reiki Page.
\     Fibroids may be thought of as “too much energy” staying in the uterus.  Here’s one way to move it:  Sit or recline comfortably and pay attention to your breath.  Imagine that you are breathing out of your womb and out of your vagina.  Breathe into your vagina and into your womb.  Pause a moment and feel the breath spiral inside the uterus.  Breathe out, pause a moment, breathe in.  Continue for at least ten breaths.
\     The root chakra is strongly connected with anger.  Unwanted growths in these organs may be seen as unrepressed, or stored, anger and countered by allowing the anger to discharge safely.
\     Sound Healing – Listen to healing chanting and gongs.  Get some bells or cymbals and ring them over your womb every day.
\     One women’s fibroids (and menstrual cramps) disappeared within three months of beginning a vigorous exercise program.  Exercise helps regular ovulation and regular ovulation seems to discourage fibroids.
\     Lignans found in all whole grains are anti-estrogenic phytoestrogens.  Consuming three or more servings of whole grains daily not only reduces the size of fibroids, but offers protection from several cancers as well.  Women with fibroids seem to have an increased risk of these cancers (breast, endometrial).  Lignans are present in decreasing order in:  flax seed, rye, buckwheat, millet, oats, barley, corn, rice and wheat.
\     Beans have lots of anti-estrogenic phytoestrogens.  Not just soy beans, but pinto beans, navy beans, pea beans, adzuki beans, Anasazi beans, Appaloosa beans, baked beans, black beans, and any other bean you can think of.  Lentils, all sizes and colors, work the best of all the beans.  Like whole grains, used daily, beans can reduce the size of fibroids and reduce cancer risk.  Avoid tofu, soy milk, soy cheese and other processed forms of soy.
\     Red clover is a member of the bean family.  A quart of red clover blossom infusion once a week is an excellent source of anti-estrogenic phytoestrogens.  Don’t take more than that or the tincture or capsules.
\     Strengthening the liver with herbs such as dandelion, milk thistle seed, or yellow dock root helps it metabolize strong estrogens into weak ones, thus reducing fibroids.
\     Vitex (chaste tree berry) often shrinks small fibroids within two months.  Long-term results come from long-term use—up to two years.  See the Fibroid Formula in the Herbal Formulas.
\     Dietary Changes – A diet high in trans-fats (partially hydrogenated), refined carbohydrates, and low fiber can increase circulating estrogens.  Avoid prepackaged foods, cookies, white bread, French fries, candy and pasta.  Add organic fruits and veggies and whole grains.  Try eliminating dairy for two months.
\     Acupuncture treatments can shrink fibroids.
\     Poke root tincture 1-20 drops per day and externally as a belly rub, has gained an increasing reputation as a profound helper of women with fibroids and endometriosis.
\     Warm castor oil packs on the belly, or ginger compresses relieve pain and help shrink the fibroids.
\     Avoid dong quai, it may supply too much blood to the fibroid.
\     The role of progesterone apropos uterine fibroids is hotly debated.  One side holds that fibroids result from estrogen dominance, or lack of progesterone.  They advocate the use of progesterone creams.  The other side makes, to my mind, the better case:  that progesterone is the culprit, not the cure.  During pregnancy, when progesterone production is greatest, fibroids grow; after menopause, when progesterone levels decrease, they atrophy.  To reduce fibroids, avoid progesterone, especially in supplemental forms, and actively reduce your estrogen load by eating whole grains, beans, and lentils on a daily basis.
\     An injection of Depo-Provera, a synthetic progesterone, is used to stop excessive, life-threatening bleeding from fibroids.
\     Large fibroids may be reduced by reducing the amount of estradiol and other strong estrogens in the blood by avoiding birth control pills, estrogen replacement and hormone replacement.  Because some agricultural chemicals mimic the effects of estrogen in the body, detox with the Beauty from Within:  Seasonal Detox diet.  See Air & Detox Retreat E-book.
\     Lupron a drug which induces artificial menopause, may be used during the menopausal years by women with problematic fibroids to quickly lower their estradiol levels.  More than half of the women who take it experience significant decrease in the size of their fibroids within 8 to 12 weeks.  The high cost of this treatment is a prohibitive factor for many women.  And continued use is not possible.  Fibroids return (to about 90 percent of their original size) when the drug is withdrawn (if natural hormone levels remain high).  Lupron is frequently used to shrink fibroids before surgery.  This option is really heard on the body and should be a last resort.