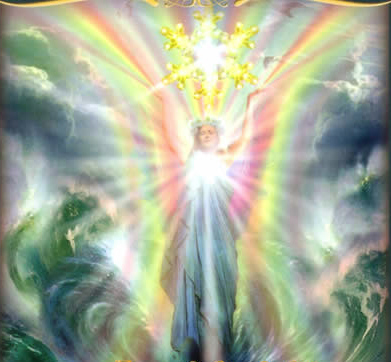 Skin cancer is among the most common cancers in America and its rate is increasing in industrial countries around the world. Thousands of skin cancer patients have made full and lasting recoveries with diet, exercise, herbs or (ironically) by increasing their exposure to sunlight. So many physicians warn their patients to avoid sunlight, wear high-SPF sunscreens, and wear sunglasses and protective clothing that many Americans have little or no contact with sunshine or unfiltered natural light. As a result, many of us are now deficient in Vitamin D3.

Light enters the eyes not only to facilitate vision but to activate the hypothalamus, which in turn controls the nervous and endocrine systems, which regulate functions throughout the body.The pineal, pituitary, adrenal, thyroid and thymus glands are all directly or indirectly dependent on the eyes’ exposure to natural light. Their health in turn affects body temperature, sleep patterns, growth, the immune system, emotions, fluid balance, energy balance, circulation, blood pressure, breathing, reproduction and aging.

A study published in the December 1996 Seminars in Oncology showed that countries with high melanoma rates have predominantly affluent, urbanized, indoor working populations with intermittent sun exposure. A history of sunburn was more associated with the development of skin cancer than a history of sun exposure. Several studies conclude that daily exposure to fluorescent light creates a higher cancer risk than any other factor and that prolonged daily exposure to sunlight carries the lowest risk.

Ott tells a story of a conversation he had with a daughter of an African doctor. “I asked her about the rate of cancer of the people in that area, and she replied that when her father had first started the hospital, they found no cancer at all, but that now it was a problem. I asked if the people living there had installed glass windows and electric lights in their otherwise simple surroundings, and she said they had not. Then I half jokingly asked her if any of the natives wore sunglasses. She looked startled and told me that the natives paddling their dugout canoes up and down the river in front of the hospital often wore no more than a loin cloth and sunglasses. Sunglasses represented a status symbol of civilization and education and could be highly bartered.

Not all North American sunlight will produce vitamin D. In Boston, you can’t make any vitamin D from November through February. The angle of the sun limits the amount of UV-B radiation that can reach the earth’s surface. If you make enough vitamin D during the summer, you can store it in your fat and use it during the wintertime. In Los Angeles and Florida, you can make vitamin D year round. The fairer you are the more you can make. Sunscreens with a SPF of 8 prevent 95 percent of the skin’s production of Vitamin D. Higher numbers production is reduced to almost zero.

Furthermore, I think with a lot of the gluten intolerances and bad digestion from over processed foods and unprepared grains (see Diet for Wellness), we simply are having a hard time absorbing Vitamin D. If you’ve been diagnosed with a Vitamin D deficiency, please consider also repairing your gut. This will help your body on many levels.

For further protection from skin cancer, take antioxidants from whole food sources. Additionally, I recommend the supplement Elu-Sun capsules. It’s loaded with antioxidants and beneficial oils. I order it through a company called Dolisos. Their number is (800) 365-4767. I take it a couple weeks daily before long-term sun exposure and through the summer months. Which is pretty much year-round in Florida. They also are a mild self-tanner.

I also highly recommend taking the sun in small doses before long-term exposure. I apply Tuscan Tan Body Oil. Throughout the Mediterranean, people have used olive oil for their skin. It has many uses as a health and beauty aide. It’s a great chemical free alternative. Remember, burning is the precursor to skin cancer not the sun exposure. The oil is made by a local St. Petersburg, Florida company and can be obtained in most Florida health food stores or order online at www.tuscanskincare.com. Source: Jean’s Greens