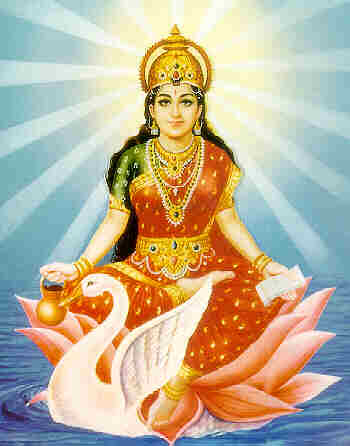 Seichim was discovered near the end of the twentieth century by an American man names Patrick Zeigler. He first experienced this energy in 1979-80 while in the Great Pyramid after which he studied with a leader of a band of Sufi mystics. He later developed it into a system of healing that he passed on to others by means of a system of empowerments or attunements.

The system was enhanced by Phoenix Summerfield, who added some Egyptian elements to it. Others continued to work with the energy, which eventually led to both Margot Deepa Slater and Helen Belot developing a system associated with the Goddess Sekhmet (Egyptian). It is believed that Seichim is connected to Kuan Yin (Japan) and the Goddess of the Three Worlds, Gayatri, the embodiment of the essence of the Vedas, the Mother of all Mantras and Bestower of all Blessings.

Seichim is not a religion, although this healing practice is becoming known in all cultures throughout the world. It has a built-in spiritual dimension. Seichim teaches unity and harmony. Seichim is in harmony with nature and can be used to heal plants and trees, people and animals, and can even be used to help purify and harmonize water and air.

The Vedic Hindu devotion to Gayatri is normally thought of as just performing sadhana (daily prayer rituals) and reciting the famous mantra. However, taught orally from teacher to student, there was also a healing system that is passed on in a method similar to the Reiki/Seichim method of initiation and empowerment. It is likely that what Patrick Zeigler rediscovered was formerly a Vedic or Tibetan technique that had been lost.

A new creative power has emerged as a specific practice that integrates two things, namely the daily recitation of the ancient Gayatri Mantra (which is thousands of years old) and the modern day healing practice known as Seichim.

Western Usui Reiki and systems do not contain daily practice techniques to help practitioners access, develop, and strengthen healing powers on all seven levels of existence (physical, emotional, astral, mental, causal, etheric and spiritual). They also do not contain a built-in system through which practitioners can work on increasing their own healing and creative powers.

Gayatri Seichim gives you the tools needed to expand your powers through the addition of a development system that utilizes ancient Sound (mantra) and Light (yantra) technology. As you increase your healing power, you will also learn how to manifest any desire, since healing is nothing more than a portion of the spectrum of creation. To become a powerful healer you need to first learn how to become a powerful creator.

If you are already an initiated Reiki or Seichim practitioner, Gayatri Seichim techniques offer you the unique keys capable of taking healing and creation to a newer and much more powerful level.

Albert Einstein said, “The significant problems we have cannot be solved at the same level of thinking with which we created them.”

Only by embracing Spirit in a direct manner and going back to our roots, our archetypal beginning, will we be able to stop the forces of destruction that are now threatening our world.

The Gayatri Mantra consists of archetypal sounds that occur naturally in the universe. As you mimic these sounds you will receive brilliant intelligence from your heart and beyond. A ONENESS will settle upon you that may eventually connect you to a Supreme Being, often seen as all-encompassing light. As your true nature begins to walk again in this world, your own affairs and the affairs of others around you will begin to fall into a natural and positive alignment.

The Gayatri Mantra is an ancient hymn that has the power to transform consciousness. Its vibrations are identical to that of the primary vital force in nature. It is one of the oldest invocations known to humanity, and is as ancient as light itself. The mantra is sung, not spoken, and is most effective when done so in its original Sanskrit language. And it is even more effective when the singer fully understands the true meaning underlying its sound.

The mantra is an appeal that asks that we become subtle and receptive channels for the divine wisdom that pervades the experience of life in human form and which is the essence of our very own Self.