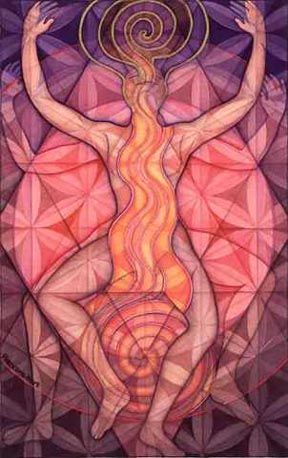 Chaste Tree Berry (vitex agnus castus) has been recommended for many female conditions, including hormone related acne, fibrocystic breast syndrome, endometriosis, infertility, lactation difficulties, hot flashes, cramps, ovarian cysts and uterine fibroids. It comes from berries of the chaste tree. The ancient Greeks used it as a symbol of chastity in young women, hence the name.

Chaste Tree Berry does not contain hormones. It acts on the pituitary gland to increase the production of luteinizing hormone (LH). LH stimulates the ovaries to release eggs, as occurs with ovulation. Ovulation triggers a surge in levels of the hormone progesterone. This release is important in maintaining a balance with a woman’s estrogen levels. When a woman has too much estrogen relative to progesterone, she suffers symptoms of estrogen dominance.

With our growing technological society, we have more chemicals in our bodies than ever. Chemicals cause the liver to go into overdrive, and it loses its ability to function properly. The liver metabolizes excess estrogen and is a key player in peri-menopause. If it is over worked or clogged, it cannot metabolize excess hormones. This results in PMS-like symptoms and inflammation in the body.

Additionally our environment is loaded with Xenoestrogens. These are in most plastics and mimic estrogens. These are highly potent, fat soluble, non-biodegradable, and extremely toxic, even in the smallest doses. The female body can host many toxins making you look puffy and bloated.

Uterine fibroids, also called fibroid tumors, are solid muscle tissue growths in the uterus. The causes of uterine fibroids are unknown, but it seems likely that estradiol (the strong estrogen made during the fertile years) promotes their growth. Also there has been a link to fibroids and not being able to birth your creative pursuits.

Uterine fibroids may respond to high estrogen levels during the menopausal years and cause aggravating symptoms. Occasionally a fibroid will become as large as a grapefruit or a cantaloupe, but the majority remain as small as a walnut.

Small fibroids rarely cause symptoms and often disappear spontaneously. Large fibroids can exert pressure on the bladder and bowels, causing a variety of symptoms including dull pelvic pain, bloating, frequent urination, constipation, infertility and menstrual pain. While large fibroids are more difficult to resolve than small ones, many women have shrunk theirs without resorting to hysterectomy. Uterine fibroids usually disappear after menopause, unless you take hormones.

Some women with fibroids have extremely heavy periods, resulting in anemia and fatigue. If a woman’s hormones are out of balance (common during peri-menopause), she can develop hemorrhaging from the fibroid. Adding iron the diet is generally recommended. Stinging Nettle (urtica dioica) herb tea works quite well to supply iron and is easier to digest than pills.

Fibroid degeneration occurs when the fibroid outgrows its blood supply. The center of the fibroid is deprived of oxygen from the blood, and the nerves deep inside this tissue register a lack of oxygen as pain. The pain is a condition, but usually not dangerous. The degeneration usually causes shrinkage in the size of the fibroid. This may happen as hormones begin to balance through diet and eliminating stressors.

Remember any menstrual difficulties aren’t the norm. Listen to your body and consider chaste tree berry tea or tincture for yourself. It can assist in everything from mood swings, cramps, hot flashes and shrinking fibroids. Through herbs we can heal as we are all made up of the same chemical constituents as plants.

In any herbal healing undertaken, diet is also very important. Herbs are not meant to be used in the place of a doctor’s advice. If you feel you may have a chronic illness, please get diagnosed by a physician.