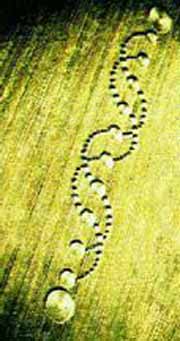 Most of us have heard of cancer and may even know someone close us that had/has it. However can we explain what goes on in the body when cancer is present?

Chromosomes are structures consisting of DNA that coils around proteins in our cells. Genetic disorders can occur when a person inherits a few or greater number of chromosomes than is normal, when pieces have been broken or when chromosomes have changes in their DNA structure. Chromosomes that break can be repaired incorrectly or not at all.

Broken and mis-repaired chromosomes can then be passed on to your offspring. These breaks can occur naturally OR from outside agents such as ionizing radiation and chemicals. Ionizing Radiation can be nuclear (x-rays) or any form of electro magnetic energy (cell phones). Sunlight is a type of electromagnetic energy and contains ultraviolet radiation which causes sunburn/tan, but it is a much lower energy than x-rays yet still higher than ordinary light.

When ionizing radiation reaches a cell it transfers energy to electrons and ejects them from their shell. This causes charged fragments of molecules with unrepaired electrons. These fragments are called FREE RADICALS. They cause the DNA to produce chromosome breaks. When chromosomes can’t repair themselves gene mutations occur.

Mutations in the DNA play a key role in the development of cancer. Though cancer is often thought of as a single disease more than 200 types exist. All cancers, however, have four characteristics: 1) uncontrolled cell growth; 2) loss of cell differentiation; 3) invasion of normal tissues and 4) metastasis (spread to multiple sites).

Cancer cells arise through a series of mutations in the DNA of normal cells. This may be inherited or caused by the environment. Carcinogens are agents that can initiate and/or promote cancer. Some carcinogens only initiate cancer but not promote it, like heredity. Something like asbestos acts only as a promoter. These cells may be initiated with other agents such as cigarette smoke or air pollution.

If promotion proceeds, damage to the DNA accumulates and cells begin to grow and divide where normal cells would not. If promotion stops, there may be a benign tumor (non-cancerous). If it continues, cells reach a point where they irreversibly become cancer. Malignant tumors than form which invade and kill other tissues or move to other areas of the body (metastasize).

Research suggests that 90% of all cancers are environmentally caused. Most cancers can be treated if detected early. The American Cancer Society gives the following list of the Warning Signs of Cancer:

1. Sores that do not heal

3. Changes in a wart or mole

4. A lump or thickening in any tissue

7. A change in bowel or bladder functions

Other Factors in Breast Cancer

As an energy healer, I often look for an emotional or mental aspect of a disease. Difficulties with the breasts can be the result of not self-nurturing. That love vibration is real and scientists have measured the heart operating at a high 500 hertz. This is a similar vibration to the love energy that can be channeled by all which assists in healing the body. The more that this vibration flows, the higher our organs operate. Depression and anger are of a lesser vibration and in turn make your body operate lower.

The energy of the breasts I perceive as an outpouring of love. Most women with Breast Cancer give a lot to others, but forget to love themselves. Characteristics of neglect are: never still, always busy, holding onto childhood hurts (especially mother figure), trapped in an abusive relationship, difficulty receiving love, not having clear boundaries, deep need to be liked and living in the past (bad breakups).

In most cases we are not powerless against cancer. If we start a self-care regimen (including detoxifying) and keep the energy moving, we can overcome problems before they advance to symptoms.

One way to start prevention TODAY is to ditch the tight and underwire bras. The lymphatic system resides all around and under the breasts. It then reaches up to the armpits. The lymph is the garbage of our bodies and must be moved out. This is why anti-perspirants are also cancer causing. We need to sweat out toxins.

My school book for my degree in Naturology.