WHEELS OF LIGHTADHD/ADD: A Wholistic Approach 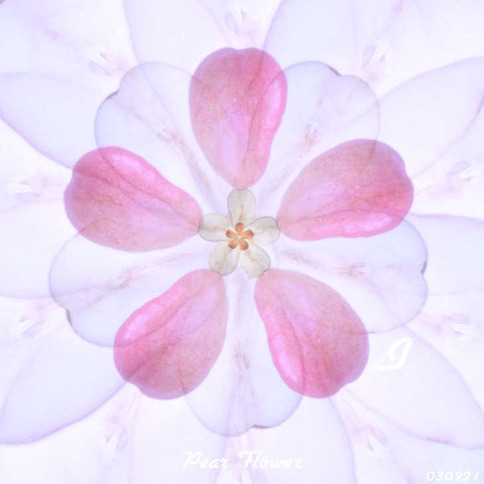 Attention deficit hyperactivity disorder (ADHD), or attention deficit disorder (ADD) with hyperactivity, is the newest names given to a group of disorders of certain mechanisms in the central nervous system. ADD/ADHD is the fastest growing childhood disorder in the United States, reportedly affecting an astounding 9 to 10 percent of all school-aged children. Ten times more boys than girls are diagnosed. Although primarily thought of as a childhood disorder, it can be found in adults too. Although the ADD/ADHD child is often labeled as having a learning disability, the child usually is of above-average intelligence and is also highly creative.

There is an enormous increase in the number of recently diagnosed cases of ADD and ADHD, many researchers feel that it is being overdiagnosed. It is difficult to diagnose accurately because many of the symptoms appear in normal, healthy children at many times during childhood. In fact over 60 percent of parents suspect that their child has ADD or ADHD at some point during the child’s upbringing. What may merely be creativity or a high energy level can be misdiagnosed. The diagnosis should be made by specialists in these disorders.

Why are so many children having learning or behavior problems? Western medicine would like you to believe that children have a mysterious brain disorder and are deficient in chemicals that can be replaced only with powerful drugs. Hence all the different labels for these disorders. Labels can be useful tools, but they do not address the real problems. Why is 90 percent of the Ritalin used in the US? Perhaps children in the US consume different foods from those found in Europe or Asia. Synthetic additives are used in other countries, but not in so many products and not to the extent that they are found in foods here in the US. European and Asian foods contain some chemical additives, but this food is closer to what your parents ate when they were children. Did your mother brush her teeth with multicolored toothpaste? Did she have vitamins in pastel dinosaur shapes? Was her cereal painted in Day-Glo colors? In those days, the classroom desks were also made of wood and not synthetic material. Old-fashioned crayons were used instead of dry-erase markers and scented, glittery crayons.

There is also a connection between additives, earaches and asthma. Asthma is linked to food additives, especially synthetic dyes and monosodium glutamate (MSG). Petroleum-based additives have been found to trigger many problems, including headaches, hives, bedwetting, asthma, and ear infections. Ear infections were rare in your parents’ day, but today they account for more visits to pediatricians than any other ailment. Synthetic food additives cause tissues to swell. If the tissues in the Eustachian tubes swell, they can block off drainage of fluid from the ear. This leaves liquid in a dark, warm place, where unwanted bacteria can flourish.

In recent years, more emphasis has been placed on the role of diet in ADD/ADHD. Many people with symptoms react to certain preservatives, dyes and salicylates in foods. Salicylates are the scientific name for aspirin. Aspirin sensitivity is well known to medical professionals. These foods and additives can trigger an imbalance in the chemistry of the brain, as well as behavioral and learning problems. Some natural foods are salicylates. It’s important to eliminate all trigger foods from the diet. A low-protein diet may also be a contributing factor. Though much debate, studies do show that food additives do play a major role in hyperactivity. See list of what foods to avoid further.

More and more evidence is showing that those with ADD/ADHD are at greater risk for depression, alcoholism, restlessness, difficulties with careers and relationships and antisocial behavior as adults.

1. Include cold-water fish such as tuna, salmon or herring in your diet. These are good sources of DHA, an essential fatty acid that is vital for brain development.

2. Follow a high-protein diet, similar to one prescribed for hypoglycemia. Proteins are needed to supply the body with amino acids. Researchers are studying a possible connection between hypoglycemia and ADD/ADHD.

3. Be sure to eat complex carbohydrates found in fresh vegetables, fresh fruits, beans and natural whole grains. Simple carbohydrates, such as glucose, fructose and galactose, are found in all forms of sugars, some juices and in process and refined grains.

4. Limit dairy products if you notice behavioral changes after they are consumed.

5. Remove from the diet all forms of refined sugar, junk food and all foods that contain artificial colors, flavorings, MSG, yeast, preservatives (BHA, BHT, TBHQ), aspirin in medicines, processed foods and salicylates. Synthetic food dyes, once made from coal-tar oil, are now manufactured from petroleum. Avoid any labels that say Red No. 40, Red No. 3, Yellow No. 5, Yellow No. 6, and most food dyes in general.

7. Avoid carbonated beverages which contain large amounts of phosphates. These are additives that are responsible for exaggerated muscle activity (hyperkinesis). Meat and fat are also high in phosphorous.

8.. Limit exposure to television, video and electronic games, and loud music. Instead do outdoor physical activity.

9. Be cautious of cute names and misspellings on food packaging. It’s an instant tip-off that the ingredients might be as unnatural as the product’s name (Quik, Froot).

Spiritualists believe that children who are often labeled ADD/ADHD are a special breed called “Indigo Children”. Our generation and those before us, often complied when we were told to “Do as I say, don’t ask questions.” We did our schoolwork without justification or the meaning behind its content. We did it because we were supposed to.

Today’s children are different than we were. They have entered this world with a sense of who they are and their purpose on this planet. They are already highly spiritual and intuitive – a level at which we strive to achieve. The term indigo is derived from the 6th chakra or third eye which is the color of indigo and rules our intuition and perception of things. Indigo children place a high value on integrity, truth and love. They can sense when someone is coming from a place of love and integrity as opposed to fear. They can tell if it is safe to trust a person and if what is being taught is valid and meaningful to them. They can be highly impatient with adults and teachers because they have already figured out what that person is going to do. They need to be stimulated and engaged to keep their attention. If a parent or teacher is out of balance, the child will either rebel or become out of balance as well.

The term Indigo Child has been coined to describe the new breed of children that have come to this planet to assist us in evolving humanity. It is used to describe the souls that have elected to come to planet Earth in order to witness and participate in raising its vibrational level. Humans made a shift in consciousness to elevate the awareness and possibilities of this planet. With the new direction we chose, which constitutes peace, love, harmony, spirtual awareness, and balance, we now have a huge job of altering our path. To make this shift truly possible we need new energy. The old ways cannot make the necessary changes.

The characteristics of the Indigo Child may include those usually born in 1978 or later, strong willed, headstrong, creative, with an artistic flair for music, jewelry making, poetry, etc., prone to addictions, an “old soul” as if they are 13 going on 43, often labeled as ADD or ADHD, intuitive or psychic, possibly with a history of seeing angels or deceased loved ones, an isolationist, either through aggressive acting out or through introversion, independent and proud, even if they’re constantly asking you for money, possesses a deep desire to help the world in a big way, wavers between low self-esteem and grandiosity, bores easily, prone to insomnia, restless sleep, nightmares, or difficulty/fear of falling asleep, has a history of depression, or even suicidal thoughts or attempts, looks for real, deep and lasting friendships, and easily bonds with plants or animals.

Indigos have a tendency to rebel against absolute authority, that is authority without explanation or choice. They detest ritually oriented tasks that lack creativity or meaning, and they stand up for their needs and desires no matter what their age. Indigo’s also tend to become very angry, frustrated and blow up for little or no real reason. These children are literally demanding to be recognized and act like little adults, baffling parents and teachers with their wit and ability to verbalize their needs so strongly. These are the children that will bring our world into a new realm of spirituality…working together as a team to clean up our society of pollution, toxins, bureaucracy and hatred.

Often Indigos are labeled as ADD or ADHD. These children are placed on drugs and sedated into forgetting what they came here to do. These children are our future. They see through our lies, misrepresentations, lack of sincerity and frustrations. It is mandatory that we live authentically and discover ways to enhance their growth. These children demand to be treated with respect or they will become defiant.

All children have special needs and require respect; the Indigo Children, however, are demanding that we begin changing our perspective now. Through love, guidance, nurturance, and respect and enchantment we will harness the wonderful attributes of our magical Indigo Children. See: What are Indigo & Crystal Children Article.

Chamomile Flowers (Matricaria chamomilla) – This has been used for centuries as a medicinal plant. It has general calming and soothing properties due to its high calcium content. It is useful for headaches and menstrual cramps. It is also a gastro-intestinal tonic. It calms the stomach which assists in digestion and gas. To purchase see Herbal Formulas in the Web Store.